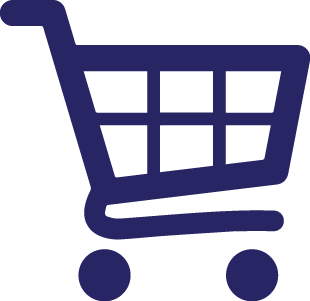 Why Christians Should Support Israel

BECAUSE GOD SAYS HE WILL BLESS THOSE WHO BLESS THEM. Genesis 12:3 “I will bless them that bless thee and curse them that curse thee, and in thee shall all the nations of the earth be blessed.” Isaiah 60:12 “For the nation that will not serve you (Israel) will perish; it will be utterly ruined.”

BECAUSE WE OWE THEM A DEBT FOR THE BLESSINGS WE HAVE RECEIVED THROUGH THEM. Through Israel the promises and covenants were given. Through them came the law, the prophets, and the Messiah who has opened up access to God for all, and through the Jewish apostles the gospel first went to the nations. (Romans 9:4-5 and Romans 15:27)

BECAUSE GOD’S GIFT AND CALL ON ISRAEL HAVE NOT BEEN REVOKED. Romans 11:28 “but as regards the election they are beloved for the sake of their forefathers. For the gifts and call of God are irrevocable.” The New Covenant has not replaced the covenant with Abraham. The eternal covenant God made with Abraham, Isaac, Jacob, and their descendants has NOT been set aside.

BECAUSE GOD HAS PROMISED TO BRING THEM BACK TO THEIR LAND. “‘I will restore the fortunes of my people Israel, and they shall rebuild the ruined cities and inhabit them; I will plant them upon their land and they shall never again be plucked up out of the land which I have given them.’ says the Lord your God.” (Amos 8:14-15) “I will take the people of Israel from the nations among which they have gone, and will gather them from all sides and bring them to their own land; and I will make them one nation in the land, upon the mountains of Israel; and one king shall be king over them all.” (Ezekiel 37:21-22) The regathering of Israel is prophesied in Ezekiel, Isaiah, Deuteronomy, Amos, Hosea, Jeremiah, by Jesus in Luke 21:24, by Paul in Romans 11 and is a key condition to the full flowering of the Messianic age (Genesis 35:11).

BECAUSE THE TIMES OF THE GENTILES ARE ALMOST FULFILLED. “Jerusalem will be trodden down underfoot by the Gentiles until the times of the Gentiles are fulfilled.” (Luke 21:24) Jesus foresaw that the Roman Gentile armies would overthrow every vestige of Jewish rule in Jerusalem; but He also saw that the day would come when Gentile domination of Jerusalem would come to an end. In 70 AD Jerusalem fell to the Roman army. In 1967, in the course of defending themselves against an attack from their Arab neighbors, the Israelis regained control of the entire City of Jerusalem for the first time since 70 AD thus fulfilling this prophecy of Jesus (Luke 21:28).

BECAUSE WE ARE TO “COMFORT GOD’S PEOPLE” In Isaiah Chapter 40 God speaks: “Comfort, comfort my people says your God. Speak tenderly to Jerusalem and cry to her that her warfare is ended, that here iniquity is pardoned, that she has received from the Lord’s hand double for all her sins.” (Isaiah 40:1-2) This is a call to Christians to comfort the Jewish people. Isaiah also envisions that in their regathering, the leaders of the nations would help the Jewish people and nurture them: “Thus says the Lord God: ‘Behold I will lift up my hand to the nations, and raise my signal to the peoples; and they shall bring your sons in their bosom, and your daughters shall be carried on their shoulders. Kings shall be your foster fathers and their queens your nursing mothers.’” (Isaiah 49:22-23) God says that the Gentiles will nurture and assist the Jewish people in their re-entry to their land. It is our divine mandate to help them in the fulfillment of their unique call. Gentile believers must do more than observe what God is doing with the Jewish people. God is asking us to get involved in helping them!

BECAUSE WE MUST MAKE REPARATION FOR ANTI-SEMITIC TEACHINGS AND ACTS. Since the second century, Church leaders have been guilty of anti-Semitic remarks. These have provided a basis for despots to ridicule, discriminate, and even kill the Jewish people. Often those who claimed to be followers of the Messiah have perpetrated these actions. We need to make reparation for the tragic record of Christianity (both in its Catholic and Protestant forms) in its dealings with the Jewish people. The teaching has been spread in the Church since the early centuries that the Church has replaced Israel. This false doctrine is not faithful to either the Old Testament or New Testament Scriptures, and is a source of anti-Semitism.